Our new government, led by Jacinda Adern is a win for MMP and sustainable food systems.

A win for MMP and the evolution of governance

To form a government in New Zealand a party has to obtain a majority of seats. In a mixed member proportional (MMP) government, any party will need to work effectively with smaller parties to sustain their government. Our new Prime Minister, Jacinda Adern has skilfully woven a coalition agreement with New Zealand First, with support in supply and confidence from the Green Party. 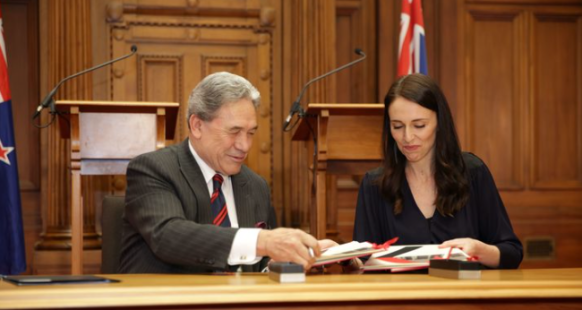 This result represents another advance in our political system. It is fitting that 124 years after Kate Sheppard led the fight to win the vote for women, a female Prime Minister is the first leader who has only voted in the MMP electoral system. Ms Adern must be aware that the continuation of her government can only be achieved by the continued success of her coalition partners. Early signs are that she has the skill and awareness to lead us to a new style of co-created governance based on strong consensus.

A win for the environment

The new government also represents a win for the environment with the three partners supporting the establishment of a Climate Commission and agreeing to legislate emission reduction goals to comply with the Paris agreement. Climate change action is touted as a clear winner in the Labour, Greens agreement. Climate change was on the agenda this election and we can be sure that it will be even more prominent next time, so it will shape future governments. This will cause the National Party to rethink its stance.

For the first time the Green Party will have ministerial roles (albeit outside cabinet). These roles include climate change and conservation.

A win for a sustainable food system

A feature of the coalition agreements is the commitment to regional development. Both New Zealand First and the Green Party are champions of local economies. The agreements also include the intention to prevent foreign ownership of farms.

I have no doubt that we need to turn back dairy intensification and diversify farm incomes to reduce environmental impacts (more about this in future posts). The new government will discontinue subsidies of irrigation that fuel intensification.

The plan to increase the minimum wage potentially has a benefit for regional economies. We are a low wage economy and government assistance for wage and salary earners enables employers such as the foreign owned fast food chains to keep employment costs low. In effect this is a tax payer subsidy for these employers, and in the case of foreign-owned corporates, part of our taxes disappear off-shore.

According to the Drawdown Project, the 31% reduction of global greenhouse gas emissions can come from food system and a further 14% from land use. We need to engage with government to ensure that the synergies between climate change action, their new forestry programme, and regional development aspirations are realised and support the development of sustainable food systems.