I’ve stopped using glyphosate on our land a couple of years ago – and I think that Papatuanuku likes that I am not pouring poison on her anymore. I only sprayed paved surfaces and now my efforts at weed control are more labour intensive – but its worth it. I know when I harvest food from our land it has not been poisoned. And I know that I am not supporting the companies that make these poisons.

This post touches on three agrochemicals that we should not be using.

Take glyphosate for example. According to this heavily referenced study published by the Green Party, it is probably carcinogenic, genotoxic, is a endocrine disruptor and neurotoxin  – and much more. The Greens are asking that it is not used in parks where our children play. In this video Dr Seneff discusses some of the issues with glyphosate including autism.

An extensive European Union study estimated the cost of organophosphate exposure due to reduced children’s IQ levels at 125 billion euros. This Harvard article identifies chlorpyrifos and glyphosate as neurotoxins, claiming they erode intelligence. Organophosphates are damaging to the brain and to the developing foetus.

Organophosphates, such as chlorpyrifos are used widely in New Zealand. Dr. Meriel Watts of Pesticide Action Group Aotearoa want chlorpyrifos reassessed here as it is bioaccumulative. Here is Dr Watts presenting on pesticides. Sadly the rate of pesticide use is still on the rise.

If you plant corn seeds, they may have been treated with a neonicotinoid dressing (the pink stuff). If you watched Dr Watt’s presentation she explains the impact of these nasty chemicals on bees. A June 2017 New Scientist magazine article reports a mountain of evidence that neonicotinoids kill bees. A 2015 estimate of the values of bees to the global economy as 265 billion euros.

The value of ecosystem services (including pollination) is about the same total global GDP, but we erode the value of bees, soil biota and aquatic life with our continued use of poisons. We also create detrimental health impacts for people and communities. Why do we do it? Follow the money. 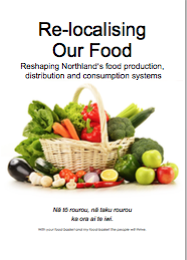 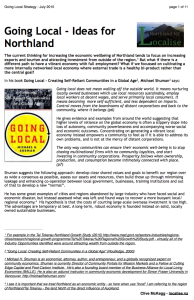