Subsidiarity means that problems should be solved at the lowest possible level. Where a city can deal with an issue, a region should not do it. And where a region can tackle it, national government should stay out of it. Dr Oliver Harwich

Switzerland is remarkably decentralised. A lot of decision-making happens at the local level. Switzerland is divided into 26 Cantons (regions) and 2,294 communities. This video elaborates on their democracy, highlighting its strengths and some deficiencies.

Dr Hartwich notes that both Labour and the Greens have a common tradition of subsidarity and New Zealand First is strongly focussed on the local and regional. By contrast, the National Government was very centralist.

The previous, National-led government was the party of traditional, New Zealand centralism. Its view of the world was hierarchical, looking from the capital to the regions.

No wonder that National was fond of council amalgamations. It did not trust local government, least of all smaller councils. Dr Oliver Hartwich

Our increasing trend towards centralism inhibits the innovation that can occur in a more decentralised governance design. The “one size fits all” regime concentrates power in the governing cabinet and fosters dependance on government largesse – very dangerous when moneyed vested interest is eroding democracy around the world.

Hopefully this coalition will pathfind an evolution of our democracy. We will not become a South Pacific Switzerland -– we can evolve a democracy unique to us and based on the as yet unrealised partnership embodied in the Treaty of Waitangi. While our former Government consolidated centralism, an alternative was in plain view for those that wanted to see. In the Māori world subsidarity is alive and well. Hapu form around age-old patterns of the movements of people into new territory.

The tension between local autonomy and Iwi based leadership is playing out in Tai Tokerau as Ngapuhi work to secure a Treaty settlement. There is still much raruraru, but there is also much promise.

Perhaps we will see a time when rural communities are reborn. Perhaps the marae will be integrated into an evolution our democracy. They are well situated to become kaitiaki of the catchments they are situated in. It can be achieved through mutual respect between the marae and locals.

Maori values of kaitiakitangi, manakitanga and oranga are more fit for purpose for a prosperous post-carbon world than our prevailing governance norms. The model below, from Amokura Iwi Associates, He Tangata, He Whenua, He Oranga is the best model of sustainability I have seen. 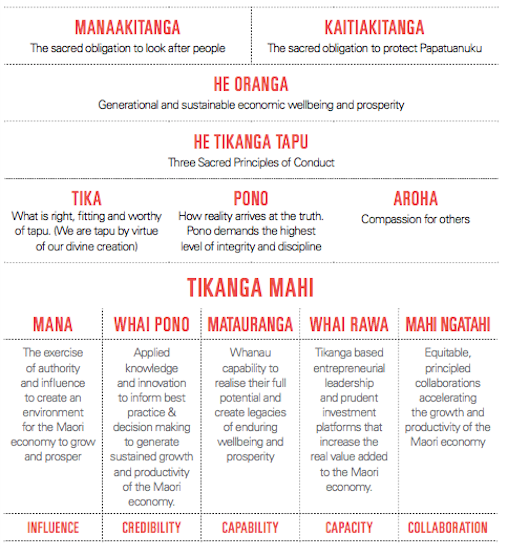 A seventh placing in the global ranking is something to be proud of. For example, we led the way with universal adult suffrage and as social innovators. Devolving to a greater level of local autonomy and learning from good practice globally will move us up the ranks. Besides the Swiss example, Otto Scharmer’s thinking about co-creation and collaboration are worthy of consideration.

Lets be cheerleaders for governance change. And we can also work to inculcate these changes in the organisations we work in and volunteer for.